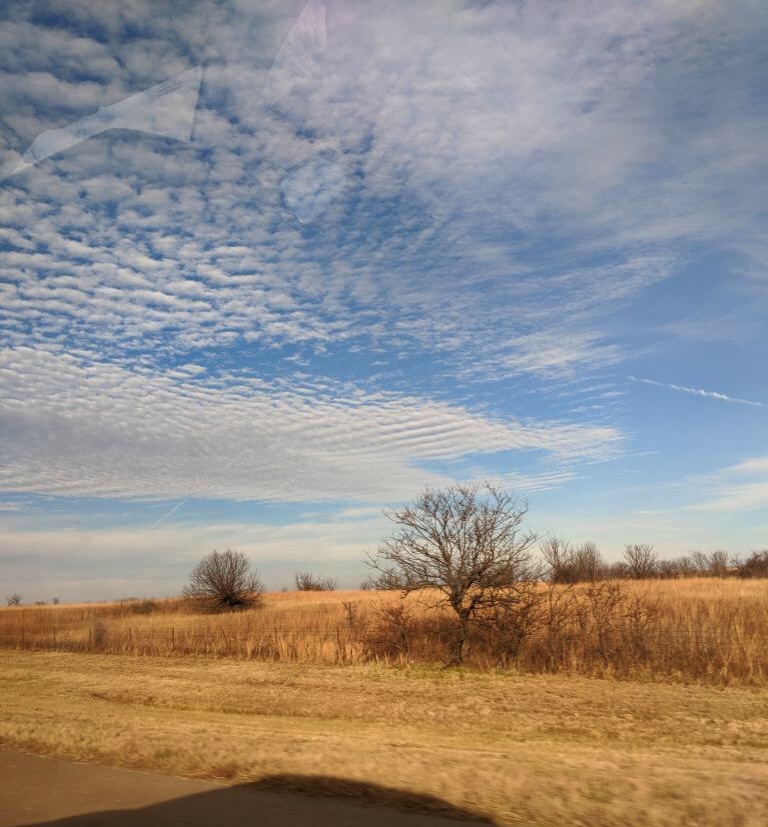 Secondly, this is long, so grab your coffee and Christmas cookies and cuddle up.

Finally, I was absolutely blown away by the support my latest post got. I am feeling overwhelmed by gratitude for everyone’s kind words and excited about all of the people I’ve connected with. Your courage to reach out to me and share your stories has only inspired me in return. I find it all hard to believe, I am in such a privileged position as you each allow my story to be even a small part of your lives. Thank you truly :’)

This time of year is often hard for those with chronic illness as fatigue makes it difficult to be present with family and friends, fun activities and traditions become difficult or impossible, dietary restrictions create burdens for everyone involved. The things that normally make the season so joyful often become painful reminders of our body’s limitations.

And while all that is still true for me during this season, I am world’s away from where I was this time last year and for that I am exceedingly grateful.

Following my first semester of Senior Year Fall 2018, I had already had my first major health crash. At this point, we still didn’t know what was truly going on and attributed it to chronic stress. I figured a month at home resting would fix me up in no time, I’d be back to college in a month with new energy and resolve.

Obviously that was wrong hahah. It’s always a little humbling to realize how wrong you are. A nice little reminder that none of us really know what’s going on anyway.

Anyway. All of that to say that this time last year I could not have imagined that I’d be part of a new, exciting, semi-experimental, ‘breakthrough’ treatment for persistent Lyme Disease! But I am!

After months on antibiotics cocktails as the primary infection ‘killer’, I was starting to stabilize and progress was soon to plateau. My doctor and I decided to keep treating aggressively and switch up my treatment protocol in an attempt to address the remaining underlying infection. Cue Disulfiram!

A little background on Disulfiram. Disulfiram, or Antabuse, is typically prescribed to help curb relapse in people with alcohol addiction. It inhibits the enzyme acetaldehyde dehydrogenase, which is responsible for metabolizing acetaldehyde into acetic acid. Acetaldehyde is an intermediate in the body’s break down of alcohol. In normal alcohol consumption a build up of this compound, due to insufficient enzymatic activity, produces the traditional hangover. Disulfiram completely inhibits the proper processing of acetaldehyde by interacting with the responsible enzyme (acetaldehyde dehydrogenase) causing the effects of a hangover to be felt immediately and intensely.

Of course, I’m using it for Lyme, but still no alcohol for me. I accidentally put some vinegar in a salad dressing and was instantly violently ill. Will not make that mistake again. Apparently vinegar is derived from alcohol? Also had to change my shampoo, conditioner, body wash, lotion, toothpaste, deodorant, etc… because all of those have alcohols in them. A lot of people are fine using the normal products, but I didn’t want to find out the hard way so catch me rocking my homemade conditioner.

It turns out, Disulfiram also has known activity as an antimicrobial (it used to be used in the treatment of Scabies, gross but fun). In 2016, researchers at Stanford, headed by Venkata Raveendra Pothineni, screened a ton of drugs against Borrelia burgdorferi (the Lyme bacteria) and found Disulfiram ranked number 1. Success in a laboratory is not always replicated in humans, but the findings are super exciting and encouraging! During a conference on Lyme treatment at the Mount Sinai School of Medicine in New York, Kim Lewis, leader of Northeastern University’s Antimicrobial Discovery Center, presented the following graph. While comparing antibiotics and pharmaceutics known to be somewhat effective in killing B. burgdorferi, Disulfiram completely sterilized the B. burgdorferi colony. No cells persisted. Infection gone. (!!!) This is huge as most treatments in practice today can limit the infection, but B. burgdorferi is such a stealth infection it is incredibly inept at evading antimicrobials, resulting in persistent infection despite treatment.

While not approved by the FDA to treat Lyme disease, I’M DOING IT ANYWAY!! (under the guidance and direction of a very smart doctor who has seen great results, don’t be dumb and do this on your own).

Also. No one really knows why this is working. “The mechanism of action of disulfiram as an antimicrobial is still unclear.” Hmm. Do I care? You know, no not really. As long as it works. The science side of my brain is pretty curious but I’m very tired all the time and do not have the energy to care. What is happening in my body? No one knows! B. burgdorferi is dying, so good enough for me!

Some believe that Disulfiram is also effective at treating Bartonella (which I have too) so that would be A1.

I’ll link an awesome article here, by Kenneth B. Liegner, one of the first physicians to treat Lyme with Disulfiram. He reported on his patient’s success with really promising results. Traditionally, even as patients head towards remission, relapse is common down the road (due to the hidden persister cells that antibiotics are unable to reach). Dr. Liegner’s patients have stayed “clinically well for periods of observation of 6–23 months following the completion of a finite course of treatment solely with disulfiram.” One patient did relapse, and is being retreated.

There is now a decently large population of Lymies like me taking the jump and getting treated with this experimental drug. A huge Facebook support group serves as a place for us to compare experiences, check in with each other, encourage everyone, ask “SOS is this normal/okay??”, and track progress.

Okay I’m like two-thirds of the way through this monster.

Now we’re at the part where I get to talk about my feelings and how I’m actually doing.

I started Disulfiram November 20th (give or take a few days) so have officially been on it for a month. It’s taken this long to work my way up to my full dosage (which is only half a pill due to potency and my weight). I started an ⅛ of a pill and increased by that amount every week or so. Disulfiram has a relatively long half life (sorry I guess I’m not done with science yet… gotta use that degree. Thanks mom and dad) so that means that over 60-120 hours, half of the medicine will remain in your system. Which is kind of a lot. So it’s important not to overload the system right at the beginning, especially because of the dreaded Herx reactions.

I’ve talked about Herxs before, but it’s been a minute. Basically a Herx (short for Jarisch–Herxheimer reaction) is a reaction to the toxins the bacteria release when they are killed or threatened. All this means is that it makes you feel like shit. 🙂 But that’s the fancy name for it.

The beginning of a new potent medicine was sure to cause an increase in Herxs, especially since the die off I’d been experiencing with the antibiotics had pretty much stopped.

This was fun. This was really fun. She said through gritted teeth and completely lying.

I was pretty stable before starting Disulfiram at the end of November. I wasn’t doing great obviously, energy was still low, brain function unreliable, pain ever-present, but I was functioning day to day! Days were chock full of appointments, I managed to get out of the house and be with friends, preparing food wasn’t too big of a burden. I started to get back to the things I love like journaling, reading, and being around people.

So why stare relative success in the face and actively chose to make my life worse?

Because I hate the little bastards that decided to home in my body and they are officially uninvited and I’m kicking them out. Aggressively. Hopefully once and for all. Also its only 3 months, and good timing since I’m back in Oklahoma with Mom Hero for much of the Holiday season.

As soon as I started the new medicine, I was hit by a truck. Physically and emotionally. Symptoms I forgot I even had popped back up and became a new normal: the weirdest bartonella foot pain, feeling so heavy I could barely walk, not understanding my surroundings and having a vacuum as a brain, muscle spasms, joint pain so severe I’d rather be an amputee, even a small seizure.

I can’t really explain the complete mind-fuck this was. (sorry i said fuck).

I’ve done a lot of work to move past the emotional shock of being so physically ill, and still have a long way to go. Having these symptoms come back into my daily life is equivalent to a visceral flashback of a forgotten trauma. My body has tried to forget what it felt like to be in this space, my mind has forged protective mechanisms in order to not remember, but here I am. Each experience of a symptom instantly reminds me of how I used to feel, both bodily and emotionally and brings me back to the times I wish never to think about again.

I know it’s not the actual manifestation of the disease, but only the expected Herx reaction.

I know it’s all necessary to move forward in healing.

And I know it suuuuucks.

But I have more support from family and new friends than I’ve ever known. I have renewed drive and motivation to push through in hopes of a fuller life. I still have Netflix and Postmates.

Counting down the days with the utmost hope for what lies ahead. And for that celebratory tequila shot waiting for me when this step is done.

If you read this whole thing. Wow. Thank you. That alone is encouraging and affirming.

Stay tuned for Month 2! And whatever else pops up before then. Have a merry and happy Christmas, enjoy your alcohol, gluten and dairy a little bit extra for me 🙂

***This content is not intended to be a substitute for professional medical advice, diagnosis, or treatment. Always seek the advice of your physician or other medical professional.***